Tanja breastfed her child until he was 6 years old

The popularity of breastfeeding has been growing in recent years. Tanja feels that getting the right information gave her the confidence to continue as long as she felt good. 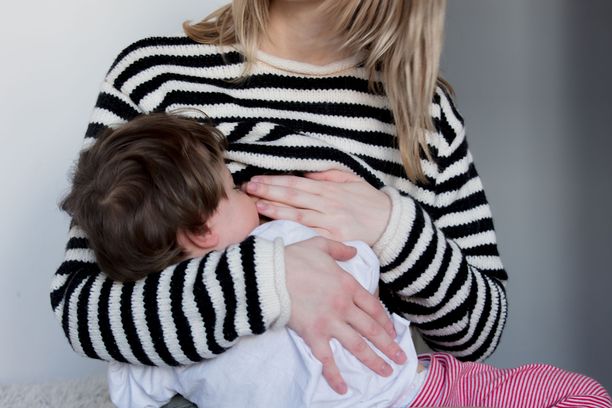 From the age of 4, Tanja’s child was accompanied mostly in the morning or evening. Illustration image. istock

With the first child Tanja, 31, breast-feeding stopped right in the bud. The advice from the maternity hospital did not work, although Tanja tried to follow it as best she could.

With her second child, she decided to listen to her own instincts.

– Then I already knew how to trust myself as a mother and I dared to do what felt best for me and the baby.

Tanja still didn’t have a clear breastfeeding plan with anyone else. First she hoped to breastfeed for six months, then a year, and after that she thought two years would be a good cutoff.

But when everything went well, we continued even after two years. In the end, Tanja’s daughter stopped visiting at the age of 6.

“Father can’t have these”

In Finland, full breastfeeding is recommended until the age of 4–6 months, and breastfeeding along with other nutrition is encouraged to continue until at least one year of age.

From now on, the recommendation is to proceed according to the child’s and parent’s own wishes. Actually, there is no reason to stop if both the child and the mother want to continue.

Tanjakin continued to breastfeed her child from a toddler to a playing age, thinking that things will go their own way. So they went.

– When the child was still 2-3 years old, he walked briskly a day. At the age of 4, the times started to become less frequent and I breastfed in the evenings or in the mornings, sometimes both.

Social pressure was not felt at that stage, as breastfeeding mainly took place in the peace of the home. Tanja can’t say how people would have reacted to walking alongside an older child in public places.

After three or four years, there were no more exclamations about Neuvola’s child either, instead breastfeeding at the child’s pace was admired.

– My husband sometimes jokingly asked the child, “You’re not quite a big girl, are you still using the pacifier,” Tanja recalls.

– But the girl said back that “these are my tits, you can’t have these!”

Facts on the table

In particular, a long breastfeeding habit has given Tanja confidence in herself as a mother. Unlike with the first child, with the second and third, he has been able to trust his instincts.

She has also filled up more knowledge after her first child.

– Now I know better what the benefits of breastfeeding are for the child and that there is no harm in it, says Tanja.

– Sometimes a few acquaintances may have wondered, but when I have loaded the facts on the counter, they have quieted down too.

You can already discuss breastfeeding with an older child, and Tanjakin says that she has talked about it with her daughter. At the age of five, the child learned that the friends no longer drink tissima, but it didn’t seem to bother him.

Tanja firmly believed that the right time would come before long. Before that, he was happy to give the child a chance to continue.

– If the child wants it too, then who am I to deny him.

The long breastfeeding experience offered Tanja and her child the opportunity to refuel closeness. istock

According to Tanja, the best thing about breastfeeding for a long time was that it made it easy to fix meals, especially for a sick child. When stomach ailments raged in autumn and spring, breast milk was sometimes the only thing the child could eat.

In addition, Tanja says that her daughter has always been a bit on the slim side. The milkshakes could very well fix an otherwise weak appetite.

One more time for the tit

Breastfeeding was stopped on the daughter’s 6th birthday.

– When the third child had also announced his results, I subtly suggested that what if we left the mother’s milk for the baby from now on. The girl stated that she will miss breastfeeding, but let’s just leave it.

When the little sibling was born and breastfeeding the newborn returned to the house, the middle one wanted to try it once more.

– But at that point the technology had already been forgotten, and she realized herself that she was already a big girl and didn’t want to anymore.

That was the end of it. Tanja is still happy that she was able to do things as she pleased with her middle child. Breastfeeding moments were valuable closeness experiences for both the child and the mother.

The family’s baby is still small, and Tanja doesn’t have any specific plans regarding breastfeeding this time either. If everything goes well, we will continue to share the sky as long as the child wishes.

Tanja appears in the story only by her first name to protect her children’s privacy.

The story was originally published in August 2022.