The additional funding for Sote areas is nowhere near 700 million

The government is negotiating its last additional budget. In the negotiations of the electricity subsidy model, especially the center and the Democrats are still far apart. 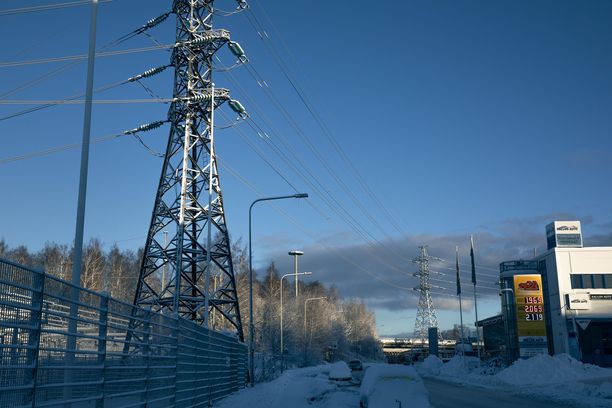 The details of the new electric support model are still open. Tiina Somerpuro

The government still does not have an agreement on the details of the new electricity subsidy aimed at citizens, government sources tell Iltalehti.

The government must lock in the new supplementary budget on Thursday and agree on the details of the electricity subsidy model on Tuesday. The negotiations are still very much in progress.

In the supplemental budget, the additional funding of 700 million euros presented by the ministries for welfare areas, 120 million for supporting agriculture, 49 million for the prevention of youth violence and the already agreed by the government for the new electricity subsidy of about 400 million euros have been the most talked about.

According to Iltalehti’s information, the total sums for social security additional funding, agriculture and youth violence prevention support are still open, but it seems likely that the sums will decrease due to the proposals. In particular, it is estimated that the amount will not be close to 700 million, and for example, one estimate is that the final figure could be closer to 200–300 million euros.

With regard to the electricity subsidy, the government agreed in December that the cost estimate for the subsidy is “around 400 million euros at the most”. Government sources say that even this amount is still in dispute, and the entry is interpreted in different ways.

According to information from Iltalehti, the SDP wants the entire 400 million to be used, and there is a willingness to use an even larger amount. On the other hand, the center thinks that the entry should rather be interpreted as preferably staying below 400 million, and at least not going over it by tens of millions.

First, I talked about the additional funding of welfare areas and the other negotiation situation Helsingin sanomat newspaper.

The government gave a presentation on the electricity subsidy model on January 10.

According to the bill, compensation would be paid at 50 percent of the excess of the electric energy bill exceeding 90 euros/month, but at most 700 euros per month and calculated for four months.

Consumers would receive a refund directly on the electricity retail company’s bill, i.e. the state would pay the refund to the companies.

In electricity support, a big twist on the percentage figure

On January 10, the government sent the bill on the electricity subsidy model to the opinion round. Let’s get into the details now.

The government is negotiating on the subsidy percentage of the electricity subsidy model, i.e. whether it is 50 percent, as well as whether the deductible is 90 euros and whether the upper limit for receiving a refund is 700 euros.

According to Iltalehti’s information, Democrats and centrists in particular are still very far apart on many questions regarding the electricity credit.

The negotiations have been complicated by the fact that the government receives constantly updated calculations of electricity consumption for November–December and the price of electricity for November–January. With the updated information, different results have been obtained regarding what any refund percentage would cost the state.

There has been criticism from SDP that centrists prefer calculations of the highest scenarios and are therefore careful to raise the support percentage above 50. Central residents believe that the subsidy model will be expensive for the state, and there is a risk that households will be overcompensated with electricity bills.

The government is arguing, not only about which definitions of the refund will be used to keep the total amount of 400 million, but also about which percentages and deductible limits the refund can be allocated to which households.

There has been a lot of discussion in the public about what the subsidy percentage will be. However, government sources emphasize that deductible limits have at least as much importance as to whom and how much compensation is allocated.

In addition, according to information from Iltalehti, the negotiations have discussed the possibility of only getting an electricity credit for the part of the electricity bill that exceeds 10 cents per kilowatt hour. This is said to have been a proposal by the Democrats.

At least some of the governing parties have considered the idea reasonable. However, according to Iltalehti’s information, the civil service has at least preliminarily estimated that such a deductible limit would change the bill so that a new round of opinions would be needed – so there would be no time to make such a change to the bill if the law is to be enforced at the beginning of February.

The government has not had time to make a model based on household income, and therefore income-based is not included in the model.

The government has already agreed about other ways to get support for electricity bills.