Markus has won the parking company in court twice already

Markus from Helsinki has already been sued twice against the parking enforcement company. 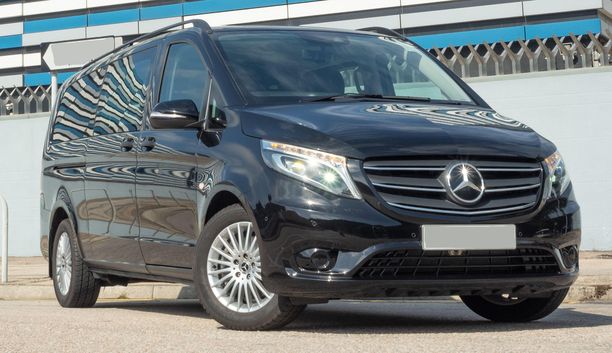 The same Mercedes-Benz Vito Tourer minivan ended up in a court hearing for the second time, where the driver of the car was convicted. Illustration picture. Alamy/AOP

The supervisory group Parkkipate did not learn from the first time. It had already filed a lawsuit against Markus before – and experienced defeat.

At that time, Markus’ car was parked illegally in Jyväskylä, and the monitoring company claimed that the owner of the car, i.e. Markus, was the parker. Iltalehti wrote about the case in November.

In the story, it is said that APV Alueellinen Roktavikvalvonta Oy filed a lawsuit for that first unpaid monitoring fee. On its website, the company says that it belongs to the Parkkipate group.

The company was unable to prove that Markus had parked his car himself. The district court found it credible that Markus’ minivan was used by relatives. They used it e.g. to empty the estate.

Markus has two cars at his disposal, so one of them is often used by a circle of relatives. The district court also agreed with this view.

Since the Court of Appeal did not grant permission for further proceedings, the district court’s decision remained permanent. The parking company lost and had to compensate Markus’ legal costs, which were slightly less than 1,200 euros, in addition to their own costs.

This time, Markus’ car was parked illegally in Helsinki, the hometown of the car and its owner.

It was indeed the same transporter, the Mercedes-Benz Vito Tourer minivan. In the previous case, the control company considered the car so valuable that it could not just be loaned to relatives. However, that claim was refuted in court.

In this case, there was no talk of borrowing, even though Markus was not the car parker either. Now it was all about celebrating.

This time, the spacious Mersu had served as a plaything for the party. Illustration picture. Alamy/AOP

Markus and his friends spent a fun evening eating and drinking. They spent the early evening at Markus’ home, enjoying food and red wine. The group then took a car ride to a restaurant in Helsinki.

The car was exactly the same spacious Mersu that had previously transported goods in Jyväskylä. Now there were people on board and the driver was Markus’ childhood friend, who did not drink alcohol.

Payment slip on the windshield

The person who acted as a driver parked Markus’ car in the parking lot, which was found quite close to an evening restaurant also known as a karaoke place.

The parking event didn’t go smoothly, because parking in violation of the parking regulations in the area resulted in an 80-euro control fee, or in the vernacular, a parking fine. The parking supervisor of Parkkipate, who oversees the area, put the payment slip on the windshield of the car.

Neither Markus nor the driver paid the fee. That’s why Parkkipate sent Markus a collection letter. Since that didn’t produce results either, the company took the matter to the district court.

This second time, the court did not argue whether the so-called parking fine was justified. Again, there was a difference of opinion only on whether the owner of the car, i.e. Markus, had acted as the driver.

In these cases, it is always decisive who has acted as the driver, i.e. parked the car.

Only the driver has been obliged to familiarize himself with the parking conditions of the area. When he parks in the area, he accepts the conditions, which creates a contract between the parker and the Monitoring Company.

The monitoring company considered Markus to be the driver of the car, i.e. responsible for illegal parking. Illustration picture. Alamy/AOP

The parking company highlighted the value of the car this time as well. In addition, the company was surprised that “someone takes such a bigoted approach to the use of their car that they don’t seem to know who is driving the car at any given time”.

However, it wasn’t about this kind of grandiosity, because Markus himself was part of the ride party. However, he did not specify the person who was the driver.

The burden of proof rests with the carrier

In such cases, the burden of proof is on the plaintiff, i.e. the monitoring company. In the judgment of the Helsinki district court, it is stated that “the burden of proof on the driver of the car must in principle be considered to belong to Parkkipate Oy”.

The district court rejected Parkkipate’s lawsuit and stated that the company lost the case. In addition, Parkkipate was sentenced to pay Markus’ court costs, this time a good 1,400 euros with possible late payment interest.

Even now, the supervisory company was not satisfied with the district court’s decision, but tried to proceed to the Court of Appeal.

– I was happy to hear from my lawyer that the Supreme Court did not grant Parkkipate permission to appeal, Markus told Iltalehte.

The district court’s decision was therefore permanent this time as well. Markus had now won the same parking enforcement group for the second time.