How Brock Purdy sunk in NFL Draft before 49ers rise 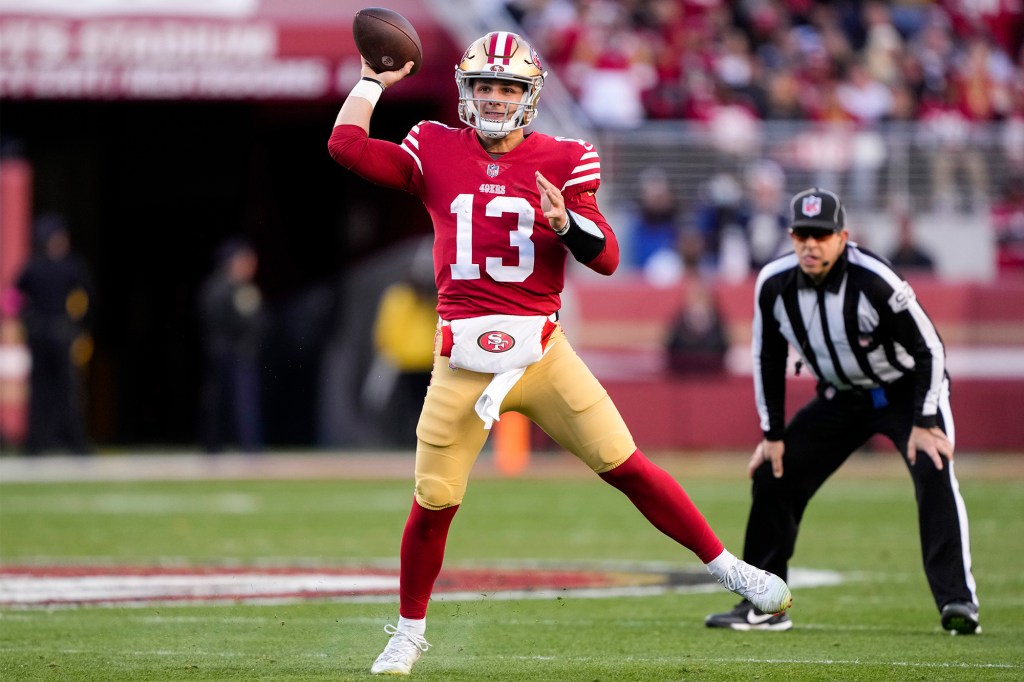 There’s no question the NFL has been captivated this season by 49ers rookie quarterback Brock Purdy, but one club had very little — well, “no interest” — in selecting this year’s “Mr. Irrelevant” in the 2022 draft.

In a report published Tuesday, The Athletic analyzed a scouting report on the former Iowa State product, 23, which touted the positives of Purdy being “very mature and experienced,” as well as the negatives.

“Did not test well, limited athlete that has a maxed out body,” the report from a coach wrote, with weaknesses being recognized as “limited arm, both in strength and throw repertoire.”

When asked recently about the analysis, the coach expressed how Purdy’s “athleticism” is “the biggest thing that stood out differently than from his college film.”

Despite the numbers that came out of the combine last spring, Purdy — the final pick in the draft at No. 262 — has continued to thrive on the field for San Francisco, who lost starter Trey Lance to a season-ending ankle injury in Week 2 and backup Jimmy Garoppolo in December due to a broken foot.

With Sunday’s NFC Championship game against the top-seeded Eagles looming, the coach elaborated on what has made Purdy’s unexpected journey a success so far.

“He is processing a lot of information pre-snap because they do a lot of motion, shifts, kills, alerts in that offense. It can be hard to just snap the ball and know which way to hand the ball off. His composure late in the down — he has not made very many boneheaded mistakes — has really been impressive,” said the coach, who believes Purdy would be considered a second-or-third-rounder today.

As for what awaits Purdy and the 49ers in Philadelphia, it likely won’t be a warm welcome.

“Philly does a lot to challenge you one-on-one, where he’s gonna have to make some tough throws — it’s a lot of five-man rush, a lot of read-trap coverages — it can make it hard on the quarterback,” the coach said.

Through nine games, Purdy has thrown for 1,374 yards, 13 touchdowns and four interceptions, with a completion percentage of 67.1.