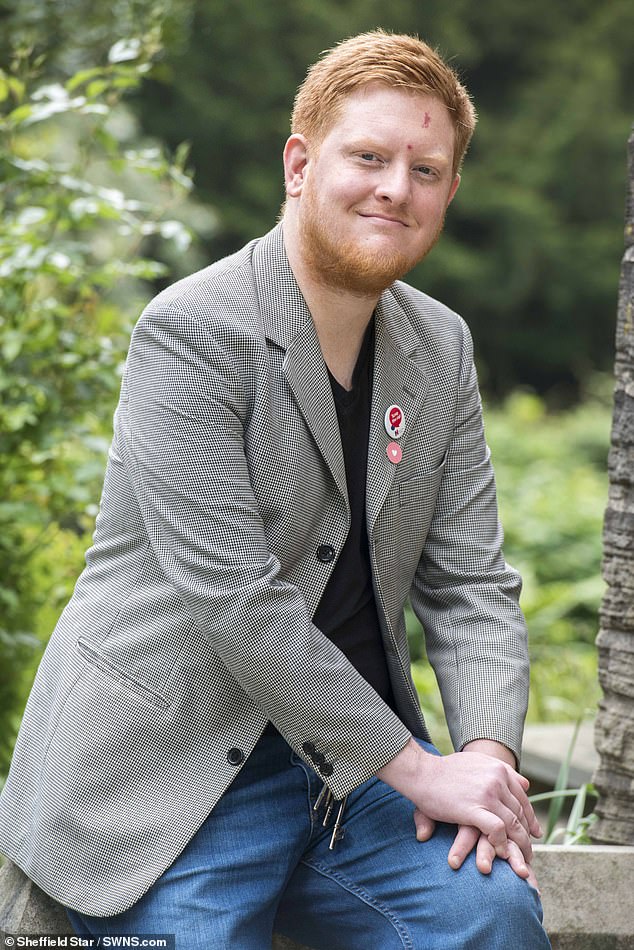 A former Labour MP falsely claimed around £30,000 in expenses in a ‘brazen fraud’ to fund a ‘prodigious’ cocaine habit, a court heard today.

Jared O’Mara, 41, who was MP for Sheffield Hallam for two years, regarded ‘taxpayers’ money as a source of income that was his to claim and use as he wished, Leeds Crown Court was told.

The MP, who is autistic, even allegedly invented a fictitious autism organisation to try and claim thousands of pounds in faked expenses.

Prosecutor James Bourne-Arton said O’Mara was in ‘dire need of cash’ as he was funding a cocaine habit and possibly ‘living beyond his means.’

But he said O’Mara ‘appears to maintain’ that his claims were ‘all genuine and that he didn’t act dishonestly.’

O’Mara, of Walker Close, Sheffield, has denied eight counts of fraud by false representation. He appeared in court by video-link yesterday.

His chief of staff Gareth Arnold, 30, of Dronfield, Derbyshire, denies six of the same fraud offences.

John Woodliff, 43, a friend of the MP, of Hesley Road, Sheffield, denies a single fraud offence that he falsely claimed to be a constituency support worker.

Mr Bourne-Arton told the jury it was a ‘very straightforward case of fraud’ involving invoices for services that ‘were a fiction’ and making ‘dishonest claims for work that hadn’t been done.’

He said the MP’s claims were submitted to the Independent Parliamentary Standards Authority (IPSA) – set up in the wake of the MPs expenses scandal – as a means of acquiring extra income for the ‘enjoyment of his extensive cocaine habit.’

Co-defendants Arnold and Woodliff were ‘old friends’ persuaded to go along with the ‘dishonest claims,’ the jury heard.

O’Mara, who was elected as Labour MP in June 2017 and remained in office until he stepped down ahead of the December 2019 general election, was said to be ‘fully aware of the claims that were being made and knew that they were false.’

The ‘fraudulent’ claims were made in 2019 and exposed when Arnold went to the police to report what was happening.

He also told police he spoke to the mental health crisis team the day before to report the MP who was suffering a ‘severe psychotic episode and has delusions of a conspiracy against him.’

O’Mara is accused of submitting expenses claims totalling £19,370 relating to an organisation named as Confident About Autism South Yorkshire (CAASY).

But Mr Bourne-Arton told the jury this organisation didn’t exist.

He said: ‘It was an invention of Jared O’Mara that he hoped to slip through as a legitimate claim, no doubt seeking to hide behind the fact that it related to his disability if it was ever challenged.’

He claimed this group was owed payment for ‘vocational support and assistance.’ 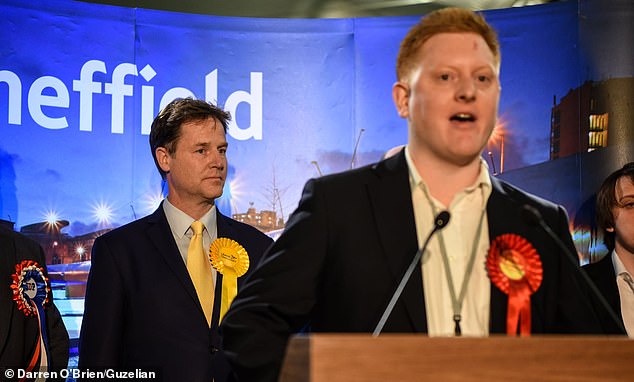 Mr O’Mara, 41, who was MP for Sheffield Hallam for two years, regarded ‘taxpayers’ money as a source of income that was his to claim and use as he wished,’ Leeds Crown Court was told. Above: O’Mara giving his victory speech after winning his seat from former Liberal Democrat leader Nick Clegg (seen in the background) in 2017

One invoice for £3,110 to the autism organisation was submitted three times and rejected on each occasion by IPSA.

Mr Bourne-Arton said all the invoices from CAASY were ‘obviously false’ and ‘quite obviously’ created by O’Mara himself.

Other claims totalling £4,650 were made for ‘media training and consultancy’ work provided by Arnold.

The jury heard no such work took place. Mr Bourne-Arton added: ‘The legitimate staff who had been working for O’Mara at the time these services related to had never heard of Gareth Arnold.’

He visited O’Mara regularly and did shopping and household chores for him.

He was put on the payroll as a constituency support officer in June 2019 and signed a contract for an annual salary of £28,800 to be paid by the taxpayer.

He was supposed to work on constituency business but in reality he did ‘no such thing,’ the jury heard.

‘The job was another fiction designed to generate cash income to which both men were not entitled,’ said Mr Bourne-Arton.

When questioned by police, O’Mara ‘described an undoubtedly sad state of affairs’ in which he was ‘plainly unable to cope with the office he held, was in poor mental health and was heavily addicted to cocaine that he was abusing in prodigious quantities,’ said the prosecutor.

The court heard that when arrested Woodliff said: ‘I knew it was dodgy.’

Arnold initially told police he supplied the services and was entitled to the money and then said his work was voluntary, but was told by O’Mara the expenses claims were legitimate.

Both men were said to know about the MP’s cocaine habit.

Mr Bourne-Arton said O’Mara was ‘likely to blame IPSA, Parliament and his autism for any discrepancy that can be identified.’