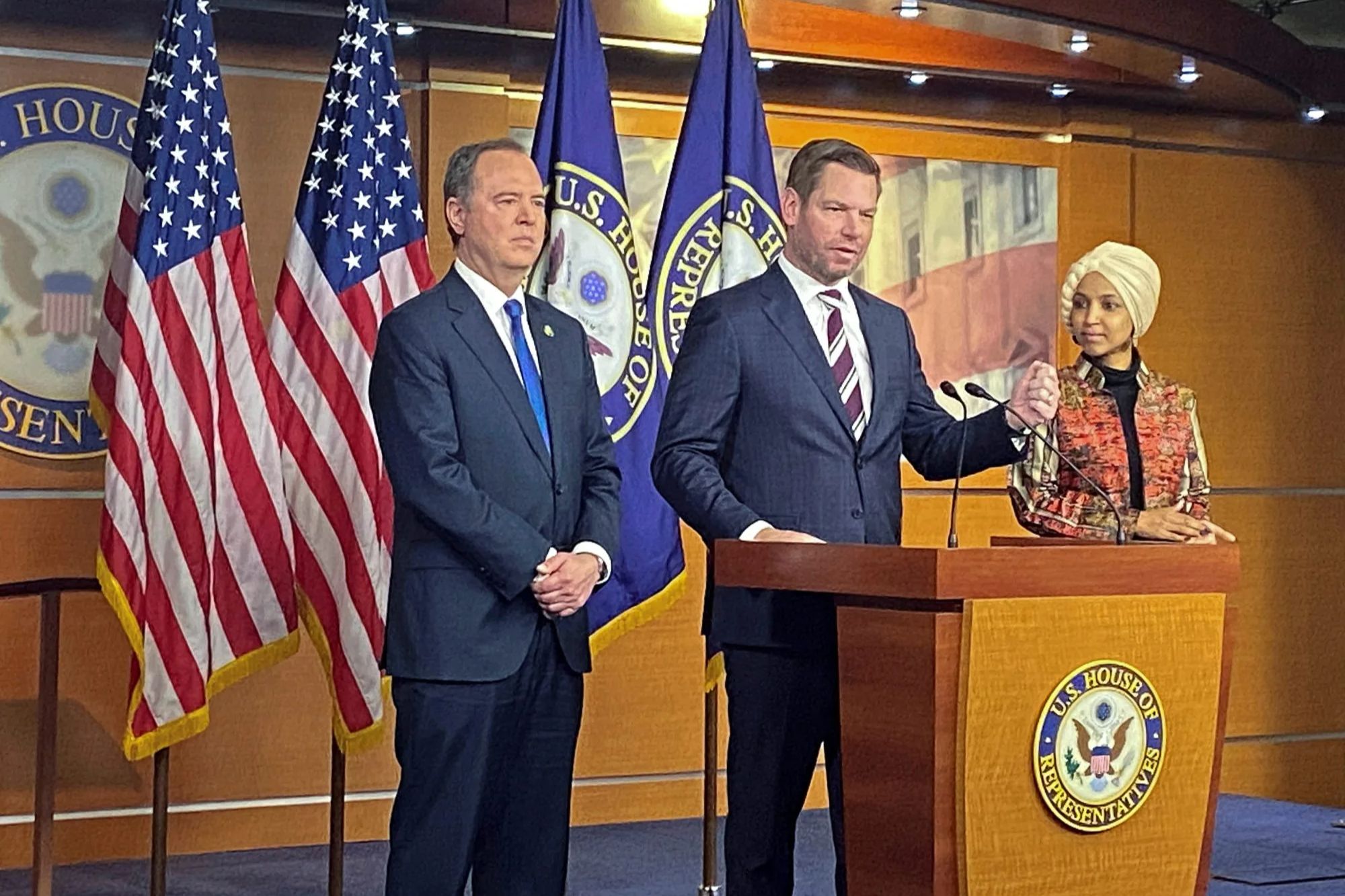 As promised, House Speaker Kevin McCarthy nixed Reps. Adam Schiff and Eric Swalwell from the Intelligence Committee after Minority Leader Hakeem Jeffries opted to force the issue. Count it as yet another battle where Democrats insist on ignoring inconvenient facts.

Intel is a select committee with huge national-security significance, since its members get deep access to secrets; each speaker has the right to deny seats on it. And McCarthy has clear cause in this case.

Years ago, the FBI took the extraordinary step of briefing then-Speaker Nancy Pelosi and then-Minority Leader McCarthy on security risks Swalwell posed (he apparently fell prey to a female Chinese agent). She stuck with her fellow Democrat; McCarthy disagrees.

Weirder still, it’s a matter of record that Schiff repeatedly abused his post by lying (for nakedly partisan purposes) about intel he’d supposedly seen. Time and again, he pretended that secret info proved Donald Trump’s guilt in Russiagate, yet even the long Mueller investigation produced no such proof.

And when Rep. Devin Nunes, then the GOP’s top guy on the committee, outed the fact that the FBI had relied on the bogus Steele Dossier to justify wiretaps in its Russiagate probe, Schiff insisted it wasn’t so. Years later, the Justice Department inspector general confirmed Nunes was right — proving Schiff an unscrupulous liar.

House Democrats pretend the speaker’s move is pure vengeance for Pelosi’s past similar moves against two Republicans, and whitewash the history of both Swalwell and Schiff.

But reality bites eventually, even for Dems.