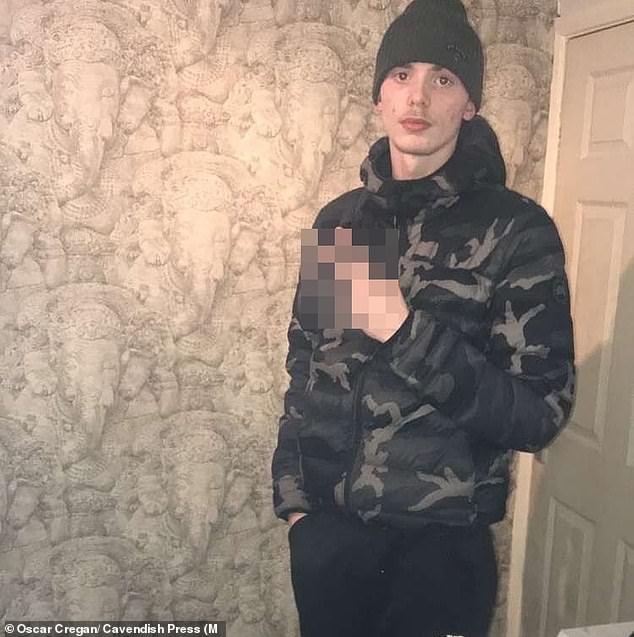 The nephew of one-eyed double cop killer Dale Cregan has been jailed for three years after unsuccessfully arguing that his uncle’s reputation led him to deal drugs.

Self styled ‘bad man’ Oscar Cregan, 20, helped set up a cocaine trafficking racket in Manchester after returning to the UK following a stint in Spain with his family.

He was arrested during a stop and search in Dukinfield, Greater Manchester in March last year and was found in possession of two Nokia ‘burner’ phones used to peddle cocaine and also morphine.

Whilst being detained he was caught scratching the words ‘f**k Greater Manchester Police’ and ‘Oscar Cregan is a bad man’ on a door in the exercise yard at Forest Bank prison in Salford.

The troubled youth had also stolen a £5,000 Rolex watch from a pawn shop.

Last Thursday, Cregan was jailed for three years for the supply of class A and C drugs, criminal damage and theft.

In September 2012, Cregan’s uncle Dale lured unarmed PCs Hughes and Bone to a property with a hoax 999 call and when they arrived, he shot both women at least eight times before throwing a grenade at them.

Cregan, who was already on the run for the murders of David, 46, and Mark Short, 23, at the time of the killings, is now serving a whole life sentence behind bars.

At Minshull Street Crown Court, Manchester Oscar who is the youngest son of Dale Cregan’s sister Kelly tried to blame his crimes on living under the shadow of his uncle, now 39, who is currently serving four whole life sentences for the gun and grenade murders of WPCs Fiona Bone and Nicola Hughes plus a father and son during a murderous rampage in 2012. 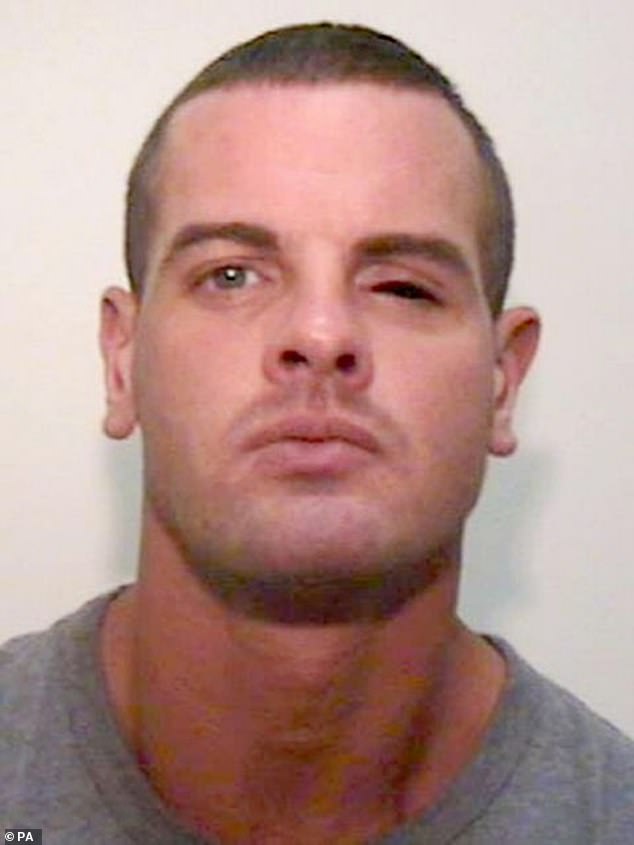 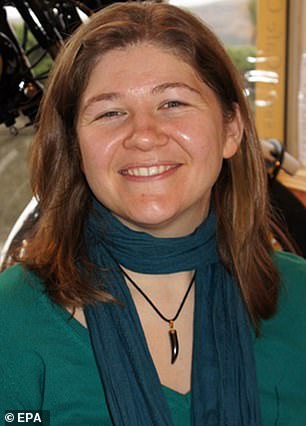 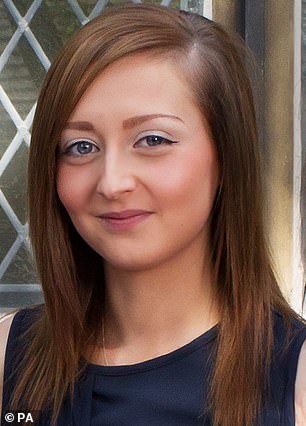 However a judge rejected his pleas and jailed him for three years saying there were ‘many people in similar circumstances who live law-abiding lives.’

Oscar had fled to Malaga with Kelly, older brother Oli, now 22, and his twin sisters Annie and Alice in 2015 after cocaine dealer Dale was convicted of murder.

At the time Kelly said the family were in fear of revenge attacks from associates of gangland rivals Mark and David Short after another relative had phone threats that acid would be thrown in her face.

Mark Short, 23, was shot dead by Dale in a pub in Droylsden, east Manchester, as he played pool while his father, 46, was shot and finished off with a grenade at his home in nearby Clayton. 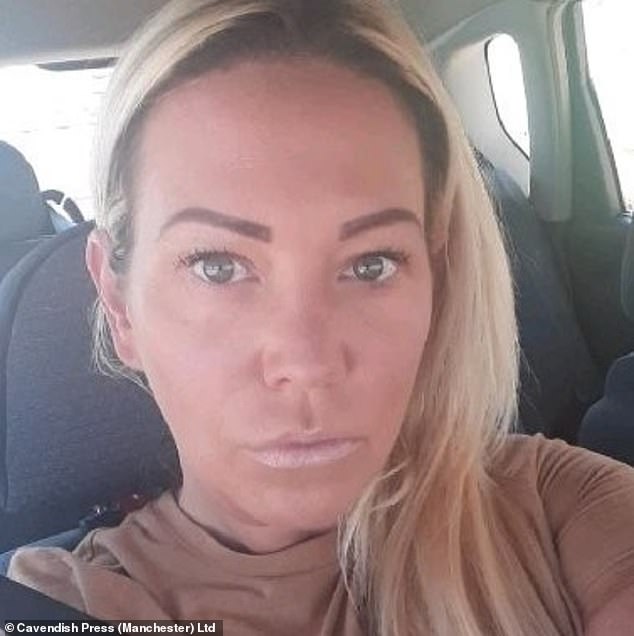 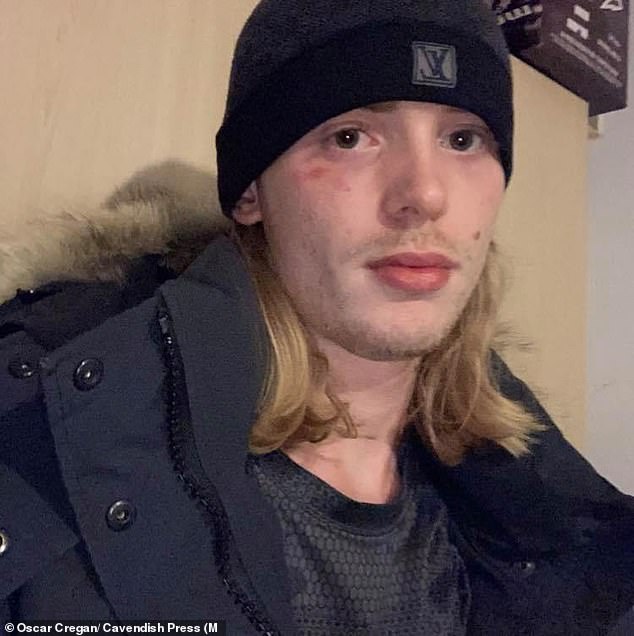 Kelly had to find news schools for Oscar and his siblings in Spain whilst in hiding on the Costa Del Sol. It is thought they returned to Britain in 2018.

Stuart Neale, prosecuting said: ‘On the 9th of November 2021, the defendant and another unknown individual entered a pawn shop in Manchester. The pair walked towards the counter and asked the store assistant if they could try on a Rolex valued at £5,000 that was behind a glass display case.

‘As the the assistant gave the pair the watch, they waited for a second and ran out of the shop into the street. The pair were captured on CCTV and their description was ascertained and provided to Greater Manchester Police.

‘On the 15th of March 2022, the defendant was approached by two PC’s who noted that he matched the description and was stopped and searched. The officers found £320 in cash and two Nokia burner phones on his person.

‘He was arrested on suspicion of supplying drugs and later analysis of the two phones uncovered text messages that were indicative of the defendant’s involvement in drug supply. These messages showed that the defendant had been running a local drug ring for the last three months.

‘The messages showed that he was involved in the supply of class A drugs, including cocaine and morphine. However, he was not found with any drugs on his persons. When he was detained at HMP Forest Bank a prison officer noticed that the defendant was stood apart from other detainees in the exercise yard.

‘He stood with one hand up and when he was told to turn around the officer noticed that the defendant had scratched graffiti onto a door reading ‘f**k Greater Manchester Police’ and ‘Oscar Cregan is a badman’. The cost of the damage to the door is estimated to be £595.’ 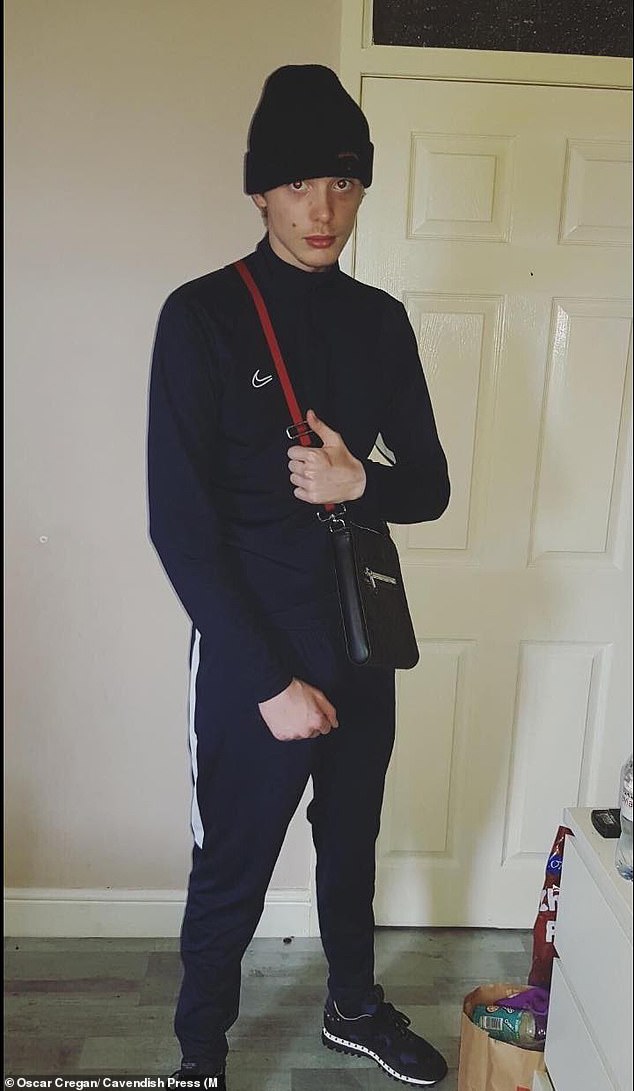 After a troubled upbringing, Cregan will now spend the next three years of his life in prison

Cregan who has one previous referral order for cannabis possession in 2018 admitted criminal damage, theft and intent to supply drugs.

Speaking in mitigation, Cregan’s lawyer Daniel Calder argued that Oscar’s back story relating to his uncle Dale Cregan ’caused the entire family much trauma and disruption.’

He said: ‘In particular has had to deal with the burdens and barriers that this has bought. He even had to relocate to Spain for a number of years in an attempt to rescue his education.

‘His actions are all a product of the uniquely challenging circumstances in which he grew up. He has kept regular employment throughout his life, mainly as a labourer but he fell into the familiar pattern of debt dependency that often leads to drug dealing as a way of settling these debts.’

In sentencing Judge Mark Savill said: ‘The defendant is a young man born into circumstances, not of his own but there are many people who have been in similar circumstances that have still gone on to live law-abiding lives.

He told Oscar: ‘Although you were 18 at the time of the offences, that age is not a cliff edge and at that time you were well over the cusp and considerably mature.

‘I am hard pushed to accept that you and your accomplice went into the pawn shop that day for a genuine reason of than to steal. Especially considering that the watch you stole had a value of £5000.

‘Although you were not found with drugs on your person during the search it was clear that you operated a drug supply ring for serious class A drugs. However, I believe that there were higher forces in your dealings which places your involvement at a lesser role.’

He is currently serving a life sentence for brutally killing four people, including two policewomen, in 2012 with guns and grenades.

Cregan’s killing spree started when he murdered amateur boxer Mark Short, 23, at a pub in Droylsden, Manchester, in April.

Three other people, believed to be related to the victim, were also wounded, suffering leg and back injuries.

Nine minutes after the incident, police received reports that shots had been fired at a second property in Droylsden, where there was also a grenade blast. Nobody was injured in the incident.

Detectives said they wanted to speak to Cregan, who they had released in May after linking him to the first murder but did not have the evidence to charge him.

In September that year the killer used a fake 999 call to lure officers Fiona Bone and Nicola Hughes to a house.

When they arrived, Cregan shot them and threw an M75 grenade at them. Both officers were hit by at least eight bullets as Cregan fired 32 shots in 31 seconds.

He later handed himself in at a police station, admitting to killing the unarmed women.

The gangster admitted the attempted murder of three others in a high profile court case the following year.

During his four-month trial, which began in February 2013, Cregan was detained at Manchester Prison.

The trial was held at Preston Crown Court, where scaffolding was erected to accommodate armed officers.

Police snipers watched over the building from nearby offices and the daily convoy, carrying Cregan between Manchester and Preston, included two prison vans, police cars, motorcycle outriders and a helicopter.

In total 120 Greater Manchester Police officers were deployed daily and the total cost of the trial was estimated to be in excess of £5 million.

Cregan was convicted of all four murders and three attempted murders and was sentenced to life imprisonment with a whole life order on June 13, 2013.

He was told he would never see release after admitting to the killings which prompted public outcry and an outpouring of sympathy for the police.

His accomplice, Anthony Wilkinson, was jailed for a minimum of 35 years for his part in the gun and grenade murder of David Short.

In April 2015 he was temporarily moved to the high-security psychiatric unit Ashworth Hospital in Merseyside after going on hunger strike for a second time.

He was said to have started refusing food at the Category A jail HMP Manchester, formerly known as Strangeways, after being moved to solitary confinement.