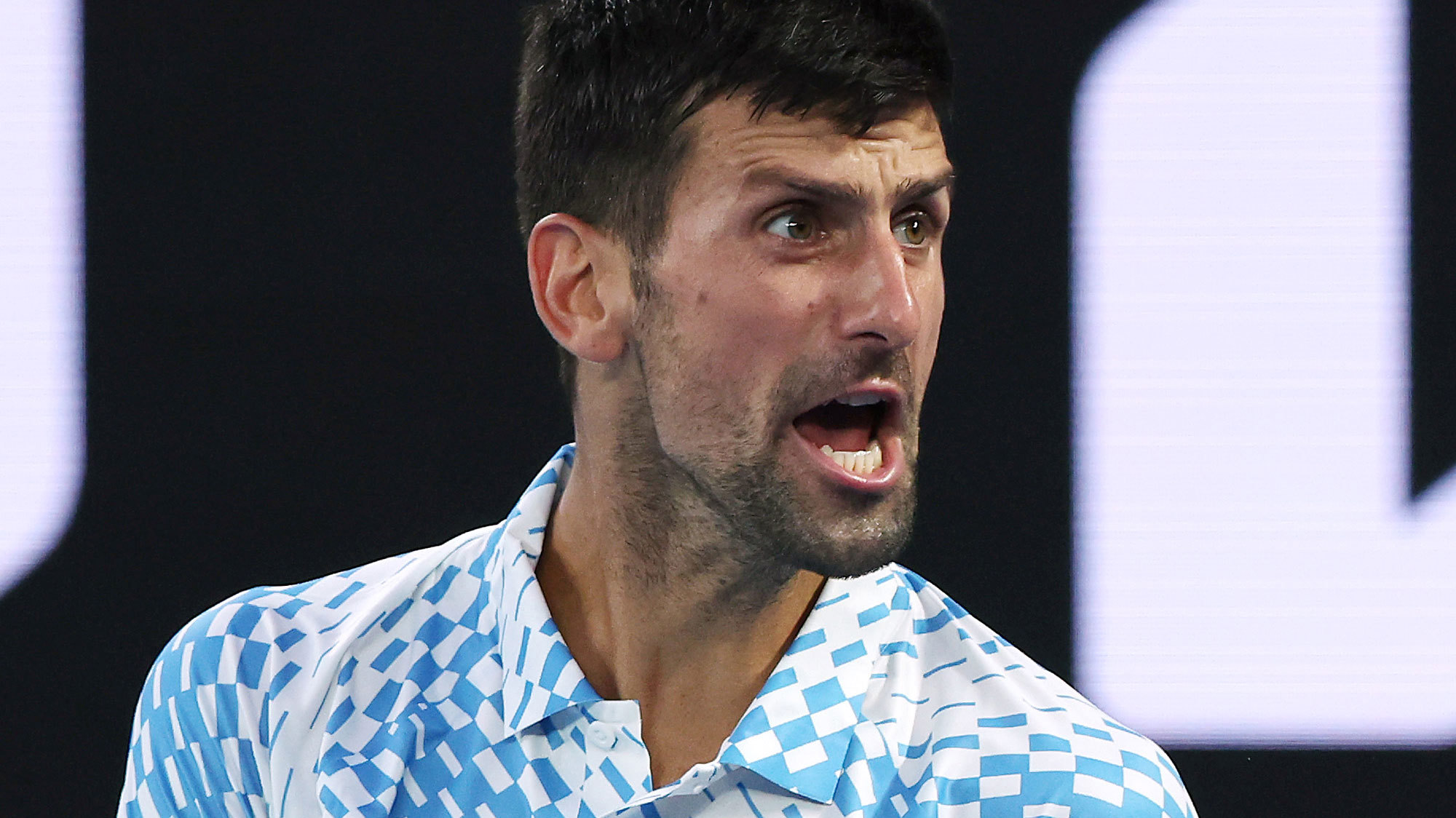 Australian tennis great Wally Masur has revealed what was said by a heckler who got under the skin of Novak Djokovic, causing the Serbian star to complain to the umpire during their quarter-final.

Djokovic was fuming with the Andrey Rublev fan, imploring the umpire to take action in a moment that was a repeat of previous others so far through the Australian Open.

After wiping the floor with his Russian opponent for a straight sets victory, Djokovic explained why he was upset without revealing the exact nature of the comments coming from the stands.

But speaking on Stan Sport’s Grand Slam Daily, Australian tennis great Wally Masur lifted the lid on what was said, describing the heckles as “prickly”.

“It would have appeared to anybody watching … Novak wasn’t quite comfortable,” he said.

“He’s respectful – he’s lost to Rublev before – but he’s a little bit antsy.

“There’s a section of the crowd where a couple of blokes were saying ‘send him home, Andrey’ and they we’re just saying it pretty much after every point.

“I think it was like water dripping on his head – finally he snapped and he sort of made a comment to the umpire.

“If they’re saying it in between points, and they’re not swearing or abusing and there’s not much [umpires] can do.

“Obviously if they’re talking and distracting him as he’s tossing the ball up in the serve, yes.”

Djokovic said in his press conference that he ﻿draws the line when the heckles go beyond support for his opponent, but conceded there’s little he can do.

Watch the Australian Open live and free on the Nine Network: Channel 9, 9Gem and 9NOW.

“If somebody … starts making comments that are not related to support of the other player, he just wants to provoke and insult, then stepping over the line is something that I react to,” he told reporters.

“Maybe not the first time, second time, but after that yes. Then I asked the chair umpire to react.”

Clearly the heckler had very little impact on Djokovic’s performance, with the 21-time grand slam champion powering to a 6-1, 6-2, 6-4 victory.

The long-time former world No.1 looks unstoppable in his quest to lift a 10th Australian Open trophy, and has a date with American Tommy Paul in the semi final on Friday.﻿