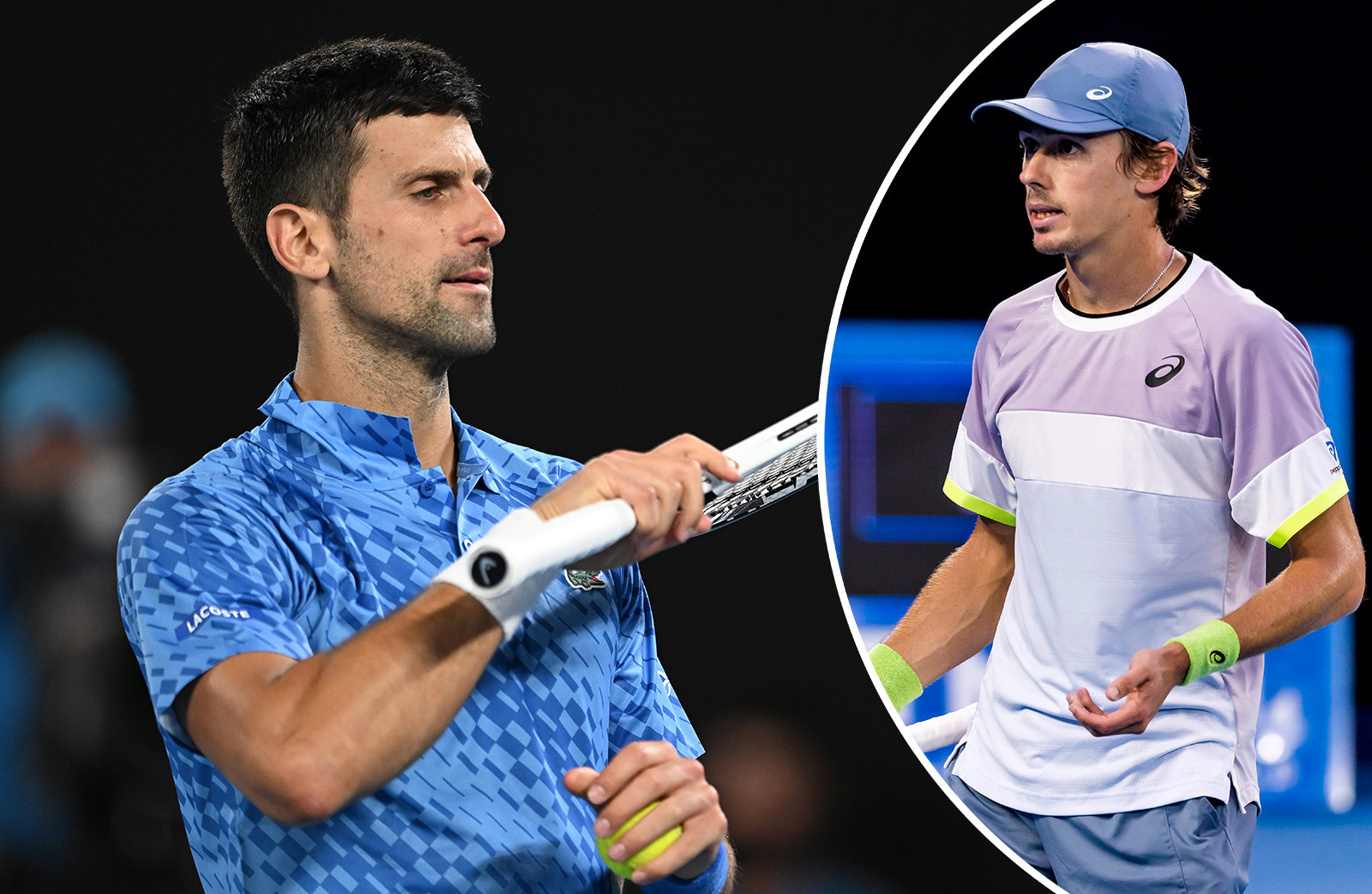 Djokovic made light work of local favourite Alex de Minaur, disposing of the courageous Aussie in straight sets to progress to the quarter-finals.

The Serbian has been the subject of intense speculation since the tournament began, this time thanks to a troublesome hamstring that he has had strapped for all four matches to date.

EXCLUSIVE: ‘Agitated’ Djokovic called out for ‘playing it up

﻿But in his fourth-round demolition job he hardly skipped a beat as he produced arguably the most dominant tennis fans have seen at this Open.

It was markedly different to round two, when he pulled up grabbing at hiss hamstring and then had to leave the court for medical attention.

American great Jim Courier inadvertently ﻿rankled Djokovic post-match on Monday when he suggested, “It’s obvious that you’re dealing with an issue on your left leg”.

“Thankyou Jim, but tonight it wasn’t obvious I was dealing with an injury. I mean… I didn’t feel anything today,” Djokovic said.

Watch the Australian Open live and free on the Nine Network: Channel 9, 9Gem and 9NOW.

“Today was great. I thank my medical team, my physio.

“I was feeling very good in the first match, second match not so great. So I know that things can change really quickly.

“I’m really pleased with the way I played and the way I moved today.﻿”

The sidenote to the saga is Djokovic has been accused previously of making injuries look worse than they are, in order to gain a phycological ﻿advantage of sorts.

“I’m not saying it’s gamesmanship, it’s pretty obvious he has a bit of a niggle, but at times it looks like it’s about to snap off, so he’s playing it up nicely here and there, but you know, that’s Novak,” Todd Woodbridge told Wide World of Sports’ The Morning Serve on Monday.

He revealed his game plan on Monday was to try power Djokovic off the court and make the supposedly-injured veteran do as much running as possible.﻿

“﻿You tell me how you thought he looked out there,” de Minaur responded to a question in his press conference.

“Playing him, I thought he was moving pretty well, so… I don’t know.

“﻿I think everyone’s kind of seeing what’s been happening over the couple weeks. It’s the only thing everyone’s been talking about.

“Today I was out there on court against him. Either I’m not a good enough tennis player to expose that, or… it looked good to me.”

Many pundits have suggested the “injury” is the only thing that can stop Djokovic collecting a 10th Australian Open title this week.

﻿Now it seems he has overcome yet another opponent.