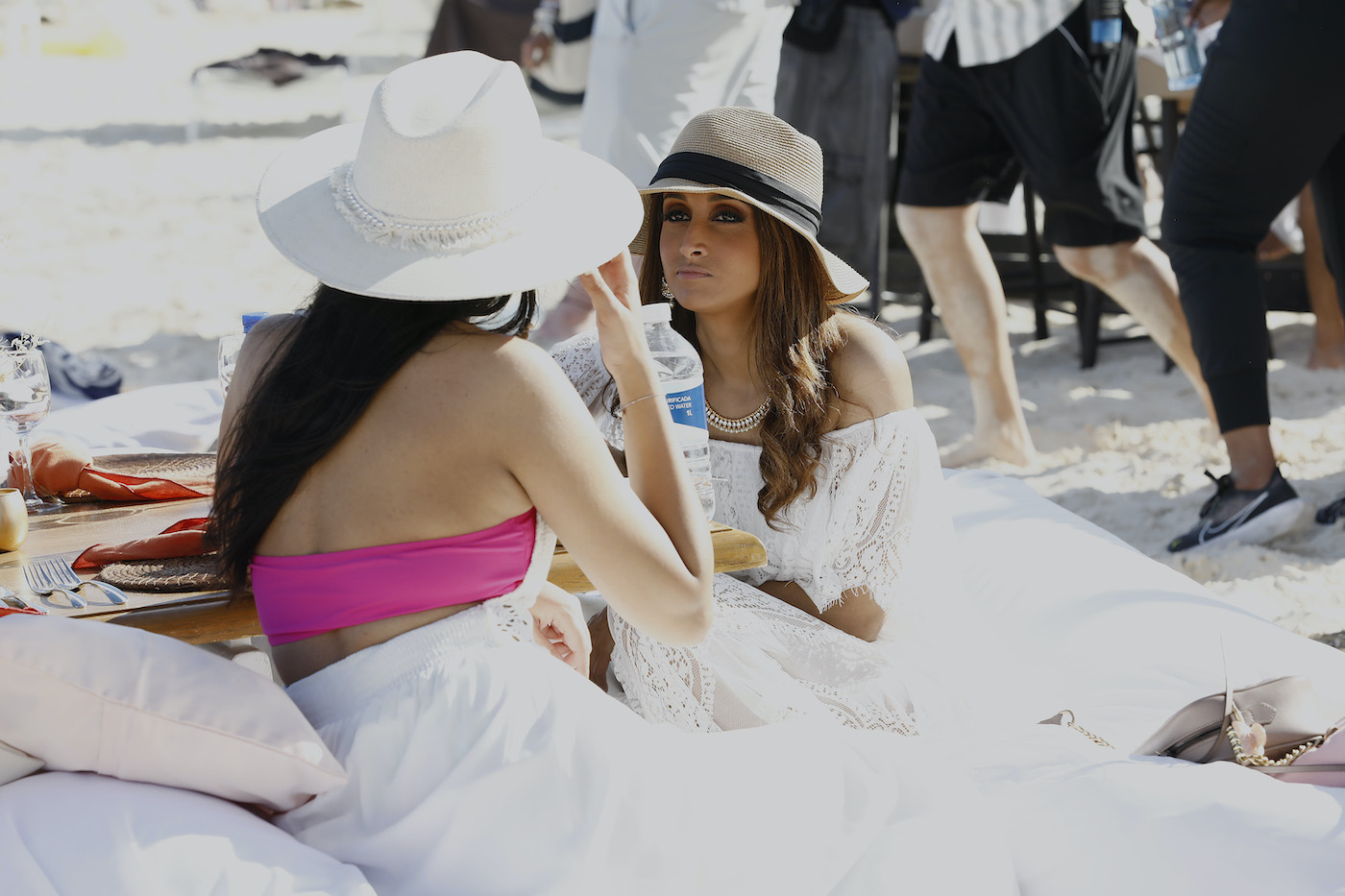 Bravo’s Andy Cohen said Anisha Ramakrishna from Family Karma was “burning the bridge down” when she said none of her friends’ marriages will go the distance.

Anisha appeared on Watch What Happens Live with Andy Cohen and was asked whose marriage will last longer, Amrit Kapai and Nicholas Kouchoukos or Vishal Parvani and Richa Sadana’s.

“Neither,” she quickly responded. Gasps were heard in the audience and Andy seemed to be pretty stunned. “You don’t think neither will last?” he questioned.

“I don’t think either of them will last,” she reiterated. Adding, “Call me in 10 years.”

Amrit ‘has some opinions’ about Anisha’s marriage too

Not one to stay silent, Amrit took to Twitter and replied in the WWHL video thread, “Oh don’t worry, I have opinions too.”

He added more shade, “My marriage won’t last??? Really….didn’t we just hear that a round cut diamond has the highest resale value,” referring to the stunning engagement ring she flashed on the show.

Sharing that she didn’t see Amrit and Nicholas going the distance was somewhat new. But, Anisha has always expressed some doubts about Vishal and Richa. She said their wedding was incredible, but she still was doubtful they’d ever get married.

“It was a spectacular Bollywood wedding and I’m just so happy I got to be there to see that because I truly never thought the day would come,” she said on the Behind the Velvet Rope with David Yontef podcast.

Amrit and Anisha’s friendship is complicated

Despite the remark about his marriage, Anisha said Amrit and Nicholas have a dream wedding, which is still to come on Family Karma.

“And I just wanna shout out to Amrit,” she added. “Me and Amrit fight a lot. And then we make up.” But she said the wedding is incredible. “The viewers are in for a treat,” Anisha added about Amrit and Nicholas’ Family Karma nuptials.

Amrit spoke to Showbiz Cheat Sheet and had nothing but love for Anisha when the season began. “She has major life updates,” he teased. “And, you know, I’m thrilled for her. We’ve all seen she was really on this path of trying to find love. And it sounds like she may have it. But, viewers are going to have to stay tuned for the season to see what’s going on with her and see what kind of match she’s made.”

Family Karma is on Sunday night at 9 pm ET on Bravo.