Airport worker sucked into plane engine warned to stay back 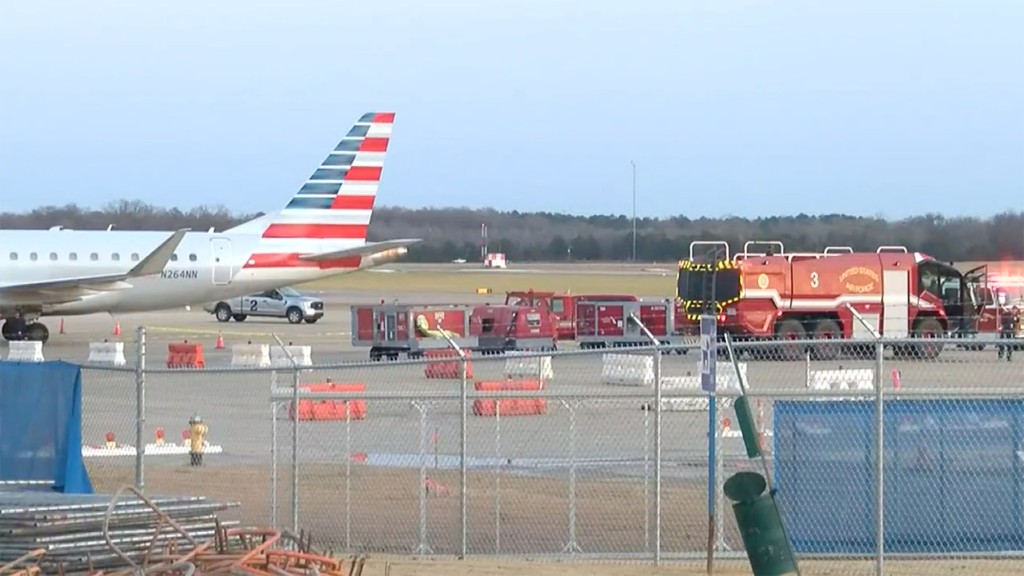 An Alabama airport worker who was sucked into a plane engine was pulled in so violently that it shook the entire aircraft, killing her after she had been repeatedly warned to keep her distance, federal investigators found.

Mom-of-three Courtney Edwards, 34, has been identified as the ground handling agent who was killed in the accident at Montgomery Regional Airport on New Year’s Eve.

She had been working as a ground handling agent for Piedmont Airlines, a subsidiary of American Airlines, according to a preliminary report from the National Transportation Safety Board released on Monday.

The report revealed that prior to her death, a co-worker saw Edwards nearly knocked over by the exhaust from a jet and tried to warn her to keep her distance until the engines were shut down.

Another ground worker on the other side of the Embraer E175 jet had backed away after a pilot leaned out the window and said the engines were still running.

But moments later Edwards walked in front of one of the engines of the plane carrying an orange safety cone and was “pulled off her feet and into the operating engine,” according to the report.

A co-pilot reported that the “airplane shook violently followed by the immediate automatic shutdown.”

The flight from Dallas with 59 passengers and four crew members on board was operated by Envoy Air, an affiliate of American Airlines.

An auxiliary power unit used to power the plane without using the engines was not working, according to the safety board, and pilots decided to leave both engines running for a two-minute engine cool-down period while they waited for the plane to be connected to ground power.

The NTSB said the ground crew held a safety meeting 10 minutes before the flight’s arrival, followed by a second safety “huddle” held immediately before the Embraer jet reached the gate, “to reiterate that the engines would remain running” and the plane shouldn’t be approached until the engines were shut down and the pilots turned off the beacon light.

Throughout the incident, rotating beacons on the plane appeared to be illuminated, warning that engines were still running, investigators said.

Video surveillance showed Edwards walking along the edge of the plane’s left wing and in front of the first engine.

A co-worker yelled and waved Edwards off. She began to move away from the plane, but then he heard a “bang,” and the engine shut down, according to the preliminary report.

The board also noted that an American Eagle manual revised in July warns workers never to come within 15 feet of the front of an engine — an area called the “ingestion zone” — until the engine’s blades stop spinning.

The board did not state a probable cause for the fatal incident — that step usually follows an investigation that can take a year or longer.

According to the description of a GoFundMe campaign that was launched to help Edwards’ family, the woman is survived by her mother and three young children. The fundraiser so far has drawn more than $102,000 in donations.