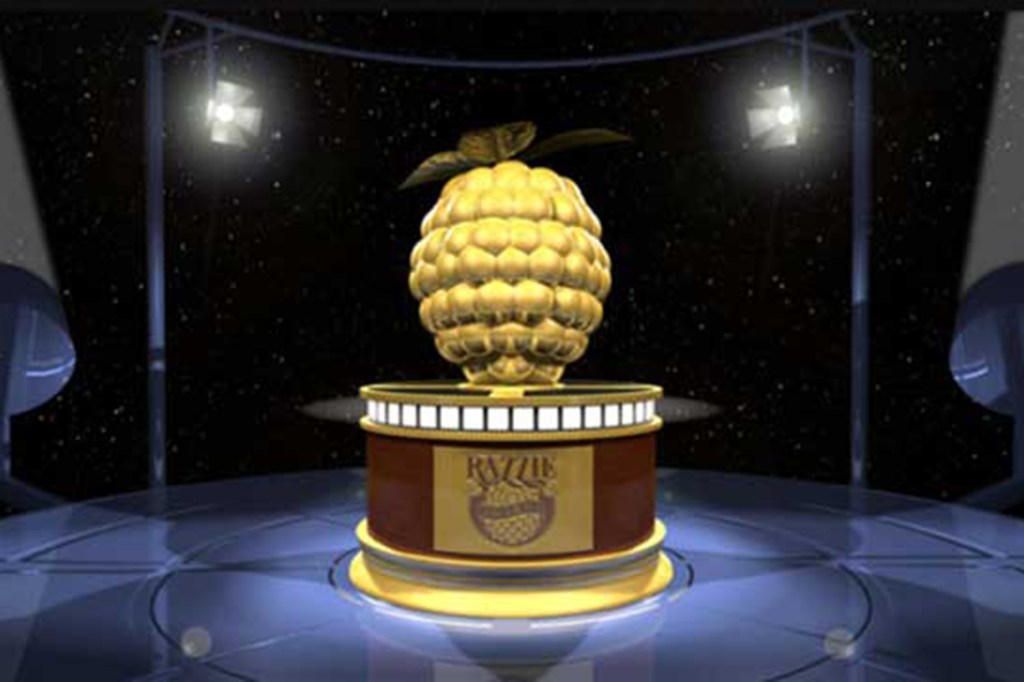 Time to raise a glass to the worst films of the past year.

While the Academy Awards celebrates the best of Hollywood, the Golden Raspberry Awards — better known as the “Razzies” — honors the baddest of the bunch.

Megan Fox’s main squeeze Colson Baker (aka Machine Gun Kelly) racked up four nominations for his work in the Mod Sun stoner comedy “Good Mourning.” Meanwhile, playboy Pete Davidson is also in the running with two nods, one for his cameo in the Baker-led flick, and another for his voice work in “Marmaduke.”

The 43rd annual ceremony will take place on March 11 — the date in its usual slot on the day before the Oscars Awards.

At last year’s Razzies, stars who were named among the worst included Jared Leto in “House of Gucci,” LeBron James in “Space Jam: A New Legacy” and Broadway performer Jeanna de Waal in “Diana: The Musical.”

The parody award show, launched on March 31, 1981, was co-founded by UCLA School of Theater, Film and Television graduates John J. B. Wilson, now a copywriter in the entertainment industry, and Mo Murphy, a video editor.

The word “raspberry” is used as it refers to the phrase “blowing a raspberry” — implying the fart-like noise.

Action star Sylvester Stallone has been awarded the most trophies with 10 awards to date, and may earn another this year for his role in “Samaritan.”

Here is the full list of 2023 Razzie Awards nominations:

Mira Sorvino / “Lamborghini: The Man Behind the Legend”

Tom Hanks and His Latex-Laden Face (and Ludicrous Accent)/ “Elvis”

“Blonde” / Written for the Screen by Andrew Dominik, Adapted from the “bio-novel” by Joyce Carol Oates